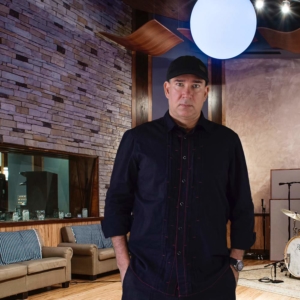 Over twenty years experience with teaching students of all ages and levels; BA in Music Education

Inheriting his father orchestral conductor abilities with his mother’s artistic sensibilities, playing the piano and guitar came very naturally, but it was his passion, hard work and dedication to music that contributed to his unique style and abilities. First lessons with his mother and formal piano lessons thereafter and George knew he wanted to be a pianist and a composer.

George Freitas grew up between two worlds: one is his family’s deep ties to Brazilian popular music in his Brazilian home; the other, years spent learning and studying composition and digital recording in California for video games/film and media.